Does Bacon Cause Dementia? 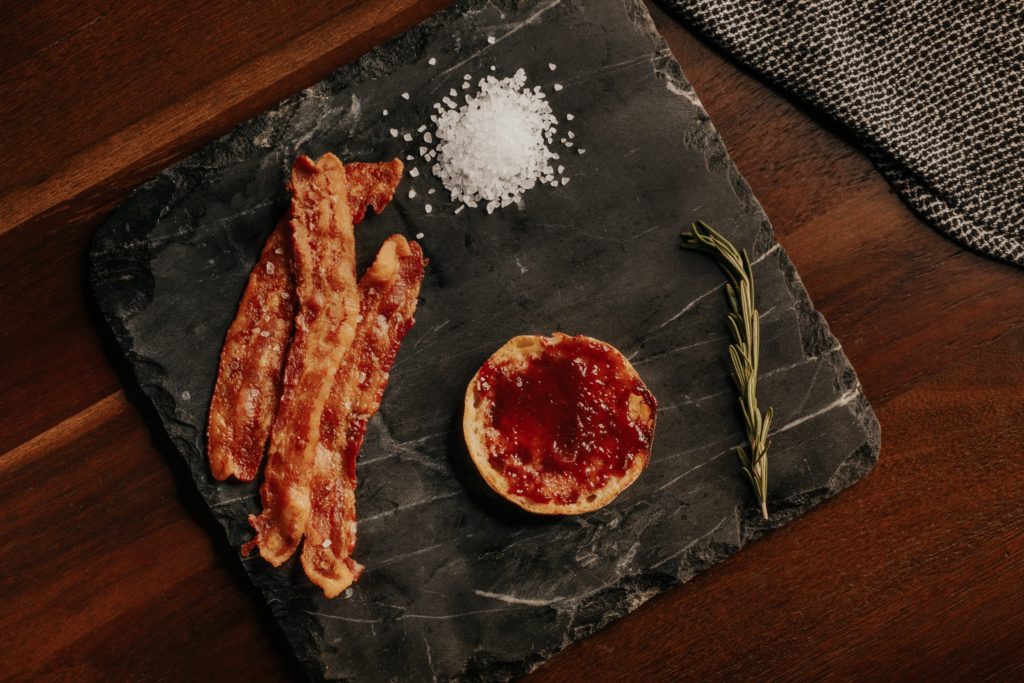 The equivalent of a rasher of bacon per day may increase the risk of dementia, a new study suggests.

Does bacon cause dementia?  Fans of BLTs, Club Sandwiches, and Bacon Double Cheeseburgers – beware!  A recent study suggests there is a connection between eating 25 grams of processed meat per day and a 44% higher risk of dementia. Twenty five grams is about one single strip of bacon.

According to the Centers for Disease Control and Prevention (CDC), in 2014, about five million adults in the U.S. had dementia, but the CDC estimates this number may grow to 14 million by 2060. And the World Health Organization (WHO) reported that there are around 50 million dementia cases globally, with around 10 million new cases being diagnosed annually.

This new study from scientists at the University of Leeds in the U.K. suggests there is a relationship between eating processed meat in particular and an increased risk of developing dementia. This includes sausage, bacon, salami and corned beef.  Researchers caution that this does not mean that the process meat consumption causes dementia, meerly that it may indicate a risk factor.

However, the research also showed that unprocessed red meat may have a protective effect against dementia.

The scientists analyzed data from the UK Biobank, a database of genetic and health information from around half a million volunteers in the U.K. aged 40–69 years. The participants completed a dietary questionnaire and completed 24-hour dietary assessments. This let the researchers estimate the total amount of meat each participant regularly consumed and how much of each type they ate.

The database also let them identify which participants had the gene variant APOE ε4 allele, which is known to increase a person’s risk of dementia. The researchers then used hospital and mortality records to identify subsequent cases of dementia from all causes, Alzheimer’s disease and vascular dementia during the follow-up period of approximately eight years.

To estimate the role of meat consumption, the researchers had to account for a wide range of other factors that are known to affect a person’s likelihood of having dementia, such as age, gender, ethnicity, education and socioeconomic status. They also considered lifestyle factors, such as smoking, physical activity and consumption of fruits and vegetables, fish, tea, coffee and alcohol. After the adjustments, the scientists at the University of Leeds found that each additional 25g portion of processed meat eaten per day was associated with a 44% increase in the risk of dementia from all causes. This intake was also associated with a 52% increased risk of Alzheimer’s disease.

However, each additional 50g portion of unprocessed meat eaten per day was linked to a 19% reduction in the risk of all-cause dementia and a 30% reduced risk of Alzheimer’s disease. The results for unprocessed poultry and total meat consumption were not statistically significant, the scientists said.

“Worldwide, the prevalence of dementia is increasing, and diet as a modifiable factor could play a role,” says Huifeng Zhang, a Ph.D. student at the School of Food Science and Nutrition at the University of Leeds, who was the lead researcher of the new study.

“Our research adds to the growing body of evidence linking processed meat consumption to increased risk of a range of nontransmissible diseases,” she added.